Rock Saws: What They Are, And How To Use Them 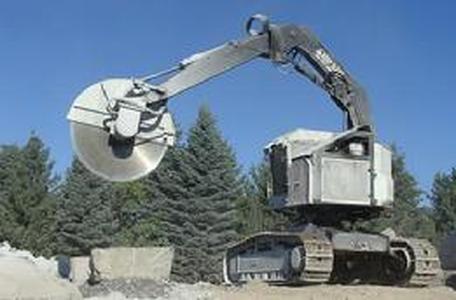 Are you one of those people who have no idea what rock saws are, and don’t know what they are used for? Don’t fret, in this article, you will know what rock shows are.

What are Rock Saws?

Rock Saws are machines that are mainly used in cutting and polishing rocks and gems of any variety. Rock saws can be used as the perfect rock-cutting attachment for quarrying, earthmoving, excavation, and mining. Certain rock saws use standard teeth, commonly used amongst road profilers.

In industries such as mining, there are times when you’ll need to take large stones and turn them into smaller portable stones. The easiest way to reduce a large rock to that size is by using rock saws. Sometimes rock saws are used to cut harder sedimentary and metamorphic rocks.

Who should use rock saws?

Rock saws should only be used by people who are well trained in using them. It is advisable that the operator of a rock saw first practices on some small rocks before tackling bigger ones. The most important thing when using rock saws is to keep an adequate flow of the cooling lubricant; which could be water or any other liquid that you can purchase from your hardware.  Then, throughout the cutting process make sure your rock saw is positioned correctly.

Rock saws are available in different shapes and sizes. For instance, there are state-of-the-art rock saws that are fully equipped to cut concrete, stone, glass, and rock whilst producing very little debris or dust. Also, there is a wide variety of rock saws that helps geologists prepare their samples. To make sure you purchase the right rock, ask a rock saw dealer to help you out.

How to take care of rock saws

Just like any other tool, rock saws need to be well taken care of from time to time. The blade of your rock saw is one of the components that need to be cleaned regularly every time you finish cutting rocks. There are times when your rock saw needs to be serviced to keep it performing to its optimum level. Since you are not an expert, don’t try to service it yourself, instead, take it to someone who can fix it for you.

Where to buy rock saws

There are many companies that specialize in selling rock saws. You can do online searches to locate a rock saw dealer near you. They should be able to answer questions and point you in the right direction to buy the rock saw that will be suitable for your projects.